Breast cancer awareness and education has become more popularized and widespread in recent years, and basic knowledge about breast cancer prevention is recognized now more than ever, however, there seems to be less activism and prevalence on the topic of lung cancer- another serious form of cancer that claims the lives of 165,000 people every year. Women especially should be well-informed about lung cancer, as it is the leading cause of cancer fatalities in women. Lung cancer has claimed the lives of more women than breast cancer, ovarian cancer, and uterine cancer combined.

Why should women particularly be mindful about lung cancer? Lung cancer begins when abnormal, cancerous cells grow erratically, or “out of control” in the lungs, causing damage to surrounding lung tissue. Lung cancer can spread, or metastasize, to lymph nodes or other organs in the body. In the past, lung cancer has been thought of in the minds of many as a cancer that was a repercussion of smoking tobacco and therefore was a direct consequence of an individual’s lifestyle choice. It was once believed that lung cancer was the result of a person’s decision to smoke, and it was once considered as a “cancer for smokers”. Now, recent findings in the medical community have confirmed that women and men who never smoke are still susceptible to lung cancer. In a women’s study done by the University of Health in Utah, 80% women that have been diagnosed with lung cancer had been smokers, yet there is still a substantial 20% of women being diagnosed with lung cancer that have never used tobacco in their lives. In the past several decades, the incidence of lung cancer has notably risen among females in the United States and around the world. Dana Reeve, wife of actor Christopher Reeve, was diagnosed with lung cancer even though Reeve was a non-smoker. She passed away at the age of 44. Reeve’s untimely death impelled cancer researchers to shine a megawatt light on some outstanding questions: Why are non-smoking women getting lung cancer? Do women have more susceptibility to lung cancer in general? Does lung cancer behave or afflict the body differently in men as it does in women? What actions should everyone be taking to prevent lung cancer?

Environmental factors, lifestyle, and genetics play a supreme role in cancer development. Medical experts are finding that overexposure to carcinogenic chemicals found in our homes, in buildings, and in the environment could partially account for why non-smoking women are being diagnosed with lung cancer. For example, radon is a colorless, odorless, radioactive gas which naturally forms out of the decay of radioactive elements in the soil. Radon gas in the air breaks down into tiny radioactive particles that can lodge in the lining of the lungs, where they can give off radiation. This radiation can damage lung cells and eventually lead to lung cancer. The U.S. Environmental Protection Agency and the Surgeon General’s office estimates that “radon is responsible for more than 20,000 lung cancer deaths each year in the United States.” Some researchers concur that women do tend to spend more time in homes and in office buildings than men do, and therefore as a result, are unknowingly exposed to higher levels of radon. Women are more likely to be in homes caring for families, and the majority of women have chosen careers that necessitate working indoors. Similarly, women living in agricultural or industrial areas with a high exposure to pesticides and other toxic chemicals should be aware that they are at a higher risk for developing lung cancer. Judy Walker, the founder of Golden Rule Charity, was born and raised in Sonoma County, a region where pesticides are sprayed frequently and year-round. She was a brilliant woman with a resplendent spirit. Judy’s beautiful life ended far too soon, she passed away at the age of 56 because she was diagnosed with lung cancer. Her diagnosis was believed to be because of her overexposure to harmful pesticides damaging her lungs over time. 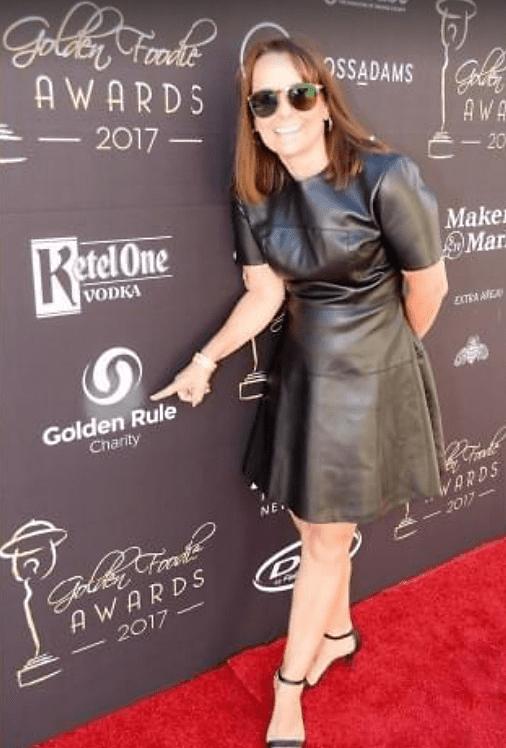 Surprisingly, lung cancer develops in women differently than it does in men. In investigating the genetic mutations that can lead to lung cancer in both smokers and non-smokers, researchers at Memorial Sloan Kettering Cancer Center found that women are much more predisposed to genetic mutations that result in lung cancer. These findings prove that among nonsmokers, women are more likely develop lung cancer than men. On the flipside, women tend to respond better to treatments once they have been diagnosed. Some of the variances in the development of the disease may be explained by variations in genetic and hormonal factors, possibly in combination. Equally important: women and men also tend to get different forms of lung cancer when they are diagnosed. The most common type of cancer seen in women is called adenocarcinoma, which is difficult to detect, can be aggressive, and has a high risk of returning and metastasizing (spreading) to other organs after surgery.  In men, the most common form of lung cancer is squamous cell carcinoma, which produces more symptoms in earlier stages, making it more viable to diagnose and treat faster.

Is lung cancer curable? According to Dr. Jennifer Temel, who treats lung cancer patients at Massachusetts General Hospital in Boston, “surgery is the backbone of curing lung cancer.” Lung cancer treatment is more successful if caught early and hasn’t metastasized elsewhere in the body. The first step of surgery is to remove the cancer along with some of the surrounding healthy tissue. Catching lung cancer in early stages before it spreads yields the greatest prognosis for curability. Until recently, the only treatment for lung cancer was surgery- and if surgery wasn’t an option- radiation was the recommended route. Now, chemotherapy is given to patients after surgery because it’s been shown to reduce recurrence by around 10%.

There are precautions that can be taken to avoid getting lung cancer- or cancer of any kind. For both men and women, best way to prevent getting lung cancer is to not smoke- bottom line. Non-smokers, women specifically, should be aware of lifestyle and environmental factors that could be increasing their likelihood of developing lung cancer. There are tests available to test radon levels in your home and offices. Do everything you can to keep your home, car, and work environment smoke-free. Consuming nutritious, unprocessed foods, drinking healthy amounts of water, engaging in exercise a few days a week, and maintaining good mental health practices are all crucial components of keeping the immune system in peak condition, and the greatest way to evade developing any kind of cancer or disease in the body. Radiant Wrap encourages women to live well and be well; and for women that are facing cancer treatments, our hope is that our gowns provide them with some comfort, style, dignity, and connection to themselves during their cancer journey. It has been proven that how a person thinks and feels directly influences the way a person heals. Women going through cancer treatment of any kind are courageous, and helping women to feel more beautiful and in touch with their true selves while they go through this battle is the goal of Radiant Wrap. 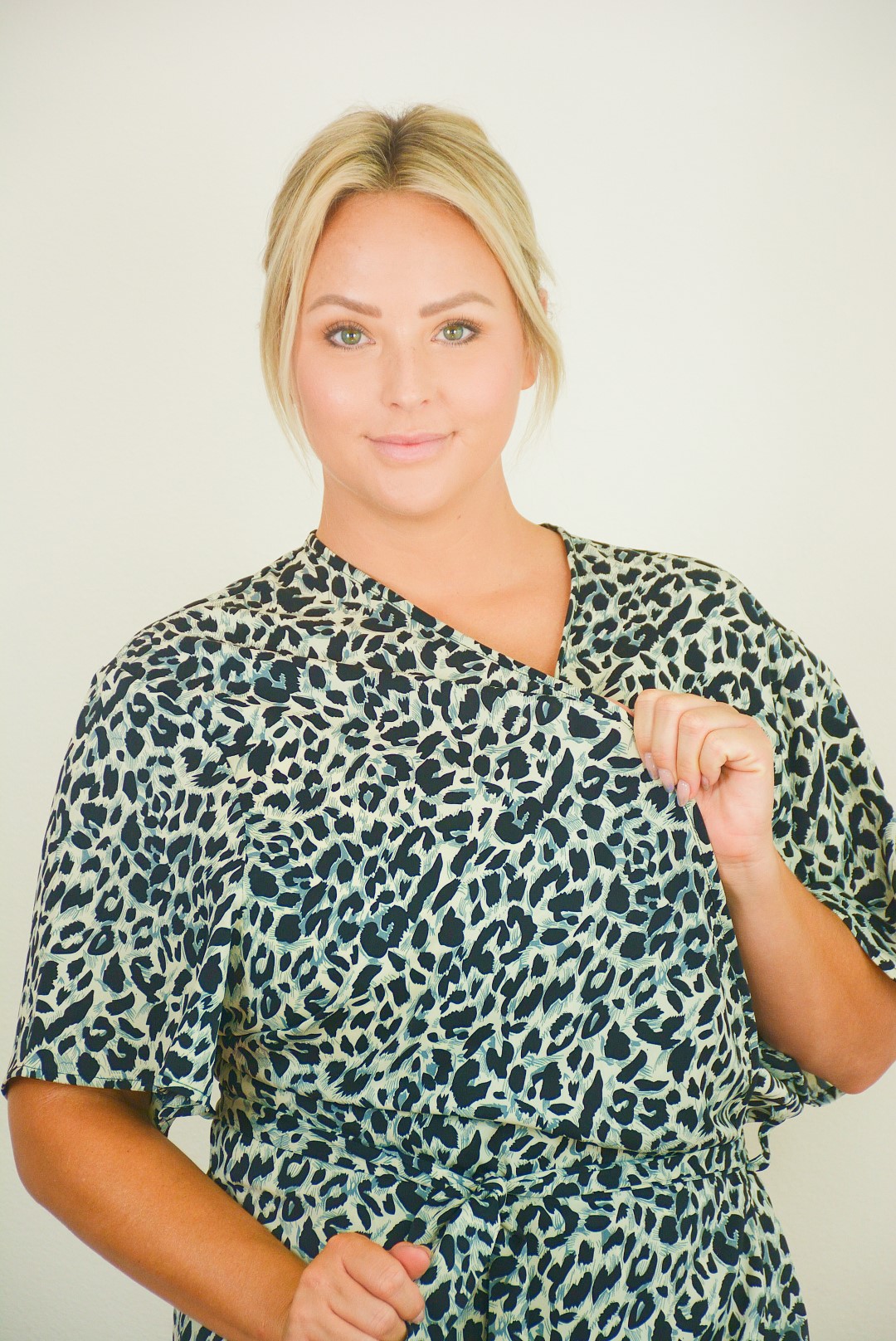 Be the first to hear about our new products and exclusive offers and get 10% off your first order.